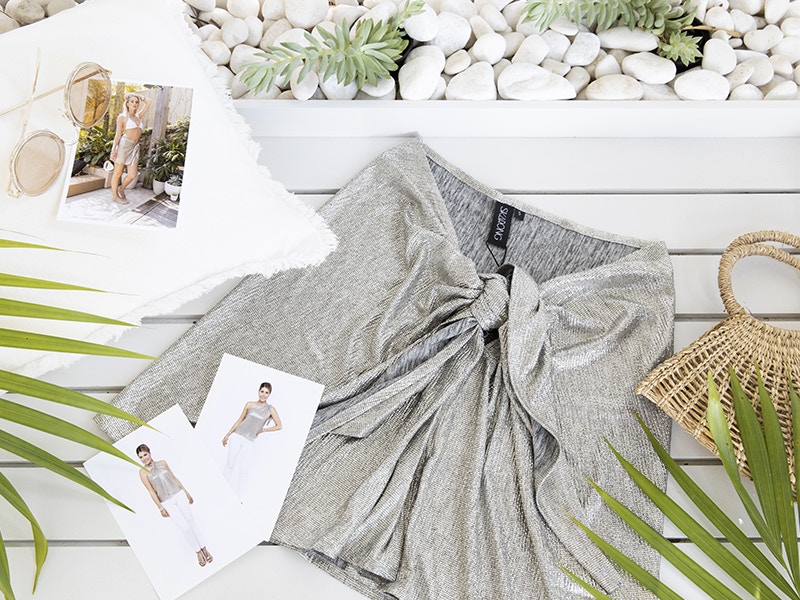 After having just completed four years of studying Fashion & Textile Design at University many years ago, I was enjoying the freedom of just lying on the beach under the Aussie sun when I came up with the idea and concept of SKARONG. I made a few early versions for myself at the time but didn’t take it any further. It wasn’t until a few years ago when I had an epiphany - again while at the beach. A few life changing situations made me evaluate everything and as the saying goes ‘that when life gives you lemons, make lemonade’ - well that is exactly what I did and in as many different flavours as possible !

I remembered the design I had created all those years ago which had been lying dormant somewhere in a cupboard and I decided that the time was right to finally follow my dream and turn a creative idea into a business. I spent over a year perfecting my concept and design and successfully patented it not only in Australia but globally as well. I am now currently working on adding accessories using all the remnants so that they do not end up in landfill.

Over the years I had become increasingly disillusioned working within the fashion industry for various companies and had witnessed the unfair treatment of migrant workers and the conditions they worked in whilst management had all the comforts. I could also no longer work for unprincipled companies that manufactured in third world countries which made huge profit margins whilst their factory workers received a pittance for their labour.

As I am passionate about human rights, conservation, the plight of our disappearing wildlife, firmly against the use of animal furs and the testing of animals for the beauty industry, I support a number of charities in all these sectors.

It has not been easy and without financial backing it has been hard work, long days and while there has been adversity, it was the catalyst that turned a simple idea into a business and one that I absolutely love !

Browse the Marketplace
Meet Other Creatives